The Jean Laney Harris South Carolina Folk Heritage award is a one-time, annual award presented by the South Carolina General Assembly to practitioners and advocates of traditional arts throughout the state.

The South Carolina Folk Heritage Awards were created by the South Carolina General Assembly to recognize and honor lifetime achievement in folk arts, music, and advocacy. The award recognizes individuals or groups who have used their lives to create beauty and meaning for their communities and the state as a whole. These expressive traditions have lasted often for hundreds of years, and continue to provide identity and meaning today.

The 2013 recipient, Stan Woodward, has spent forty years documenting Southern culture and folk heritage traditions, returning to South Carolin to continue his work of both  documentation and advocacy for traditional artists living and working in his home state. Mr. Woodward retired in 2012, putting together his life works collection- a set of 28 documentaries providing a rich and diverse insight into the South and Southern culture for use by universities studying the South.

Winners of the award represent those who have demonstrated excellence in folk art and have enriched the lives of people in their community, state and nation through their unique talents. McKissick Museum and the South Carolina Arts Commission administer the awards process; an advisory panel appointed by the Lieutenant Governor and the Speaker of the House selects the winners.

From the time of Stan Woodward's 4-year odyssey in the making of the documentary classic, It's GRITS, in the 1970's, he began realizing how food is a medium - a door through which, when opened, presents an avenue - a "path of least resistance", as he calls it - into the soul and personna of the South. And his films take us through that door and into a storytelling experience that reveals his love for the people of the South who are instinctive about remaining in touch with their agrarian "struggle-against-the-odds" past. This, when combined with Stan's having come from a family of storytellers, allows him to move comfortably, genuinely, with ethnographic sensitivity and with extraordinary trust and acceptance into local and often remote communities to enable the viewer to become one with the way they honor the past in the present.

"The thing I like most about the folk I have documented in my work is the way they maintain great respect for the  people who came before them - their elders - by continuing traditions in community with their neighbors, family and friends that stand forth against the attrition of these values and traditions that I believe is destroying community as we have known it in the South."

Stan Woodward's roots go deep in South Carolina, so when he returned to his home-state and saw root traditions and folkways threatened by a "New South" growth that was neglecting the preservation of these roots and folk heritage traditions and their tradition bearers, Stan put his artform to work and returned to his kind of "first-person" documentary filmmaking that ethnographic film scholars have termed "vox populi" - in the voice of the people.

This important work has encompassed many Southern culture and folk heritage foodways and traditions, resulting in The Woodward Studio Folk Heritage Video Archive - an archive of more than 1,200 hours with a special focus on Southern folklife, characters, and foodways. A grant from the National Endowment for the Arts through McKissick Museum and the Folklife Resource Center at the University of South Carolina enabled Stan to set aside time to edit a number of works from this archive. They are contained in the Southern Routes Collection - a suite of documentaries ranging from chronicling two iconic Southerners, the likes of whom have been used by Southern writers to draw their characters in novels, to short films that open windows into Southern life, folkways and culture not seen before at this level of intimacy. 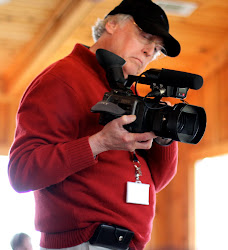